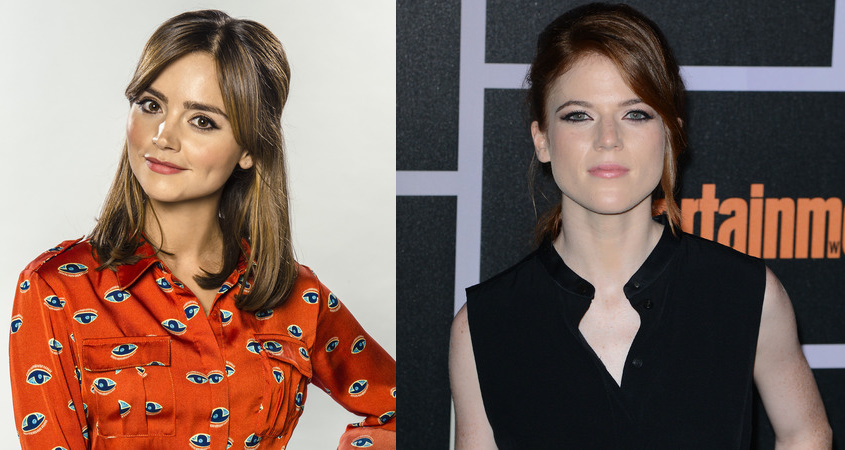 Lately we have been hearing about Jenna Coleman allegedly leaving the show. The first source to spread the news was The Mirror which is rather known for not being very reliable.

However, the rumor has become widespread in a blink of an eye and now bookies are even betting on who is going to be the next companion. The most highly rated is surely Rose Leslie (which we have already seen in Game of Thrones and Utopia).

But let us take a step back to where the whole thing started: what did The Mirror say?

The famous British tabloid talked about Clara leaving the TARDIS supposedly on Christmas and the journalist reported the words of an anonymous source who claimed that Jenna’s exit would be a “mutual decision [..] to keep the series moving and fast-paced”.  The source added:

The time is just starting to feel right and the feeling is that it could be a perfect Christmas storyline.

The only response from the BBC was that fans should watch the whole series to know if Clara is coming back or not. Well, thanks BBC, you are always so clear and unmysterious.

Even Peter Capaldi, during an interview on The One Show with Alex Jones and Matt Baker, said something enigmatic about it – and utterly frustrating:

“Well I’m not looking for a new assistant. I don’t know where these rumours have started. I’ve read that she may be leaving at Christmas but I don’t even know if she’ll get to Christmas… You’ve got to just watch and wait and see.”

But this could only be a way to tease us and increase the excitement for the new series.

We have therefore decided not to talk about this whole thing until there will be official news about it, because we want to keep our website as reliable and rumor-free as possibile. It is true, however, that the BBC has a huge inability to keep secrets, so there is a chance that Jenna is actually leaving the show. Nevertheless, we find it hazardous that websites and newspapers are already talking about someone replacing Clara Oswald in the TARDIS. Moreover, it is good to remember that last year, when everyone was eagerly waiting to know the name of the new Doctor, the bookmakers were betting on Domhnall Gleeson, Idris Elba and Dominic Cooper, even if Steven Moffat had thought of no one for the part but Peter Capaldi.